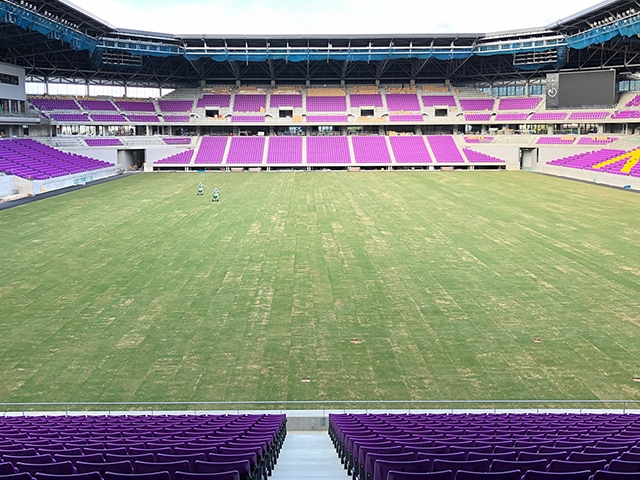 In our fourth article, we will introduce the city of Kyoto and Kyoto Stadium (Sanga Stadium by KYOCERA).

After relocating their hometown from Osaka to Hyogo, “Bunnys Kyoto SC,” formally known as “Asahi Kokusai Bunnys” and “Takarazuka Bunnys,” has settled in Kyoto to restart their activities in 2006. The club is currently competing in the second division of the Nadeshiko League and leads the way for the women’s football community in Kyoto. In recent years, Kyoto Seika Gakuen has become a national powerhouse at the high school category, but it must be noted that Kyoto Seibo Gakuin was one of the pioneers in women’s football, as they founded one of the nation’s earliest women’s football team in 1989.
Japan Women’s National Team is nicknamed after the Nadeshiko flower (Japanese Dianthus), a flower often written in classic Japanese literatures. “Kawara Nadeshiko” grows in the riverside of Kamogawa and along with Saga-giku, the flower is known to be Kyoto’s prefectural flower. The Shiramine Jingu Shrine stands on the grounds of the former residence of the head family of “Kemari,” thus the shrine has been revered as enshrining a guardian deity of ball games. Within the shrine precinct, there is a monument called the “Nade-mari,” which is considered to give good luck to those who touches the monument. The cherry blossoms planted in front of the main shrine building are called “Nadeshiko-zakura” because of the tips of the petals are shredded like the Nadeshiko flower. In so many different ways, Kyoto is connected with football and shares deep roots with Nadeshiko Japan. 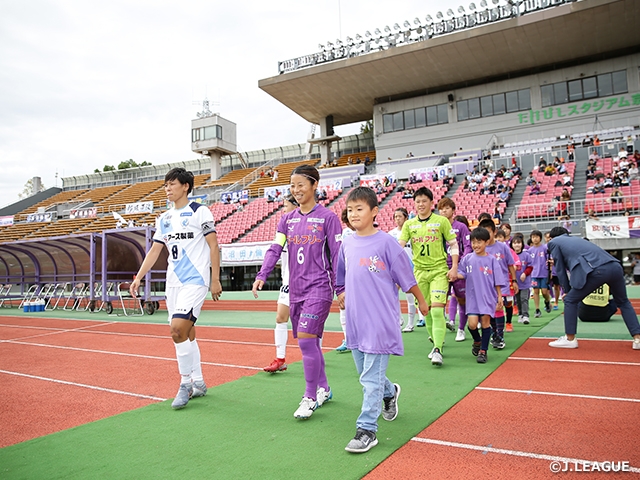 In efforts to promote sports in Kyoto and to facilitate prosperity of the region, Kyoto Stadium was built as the only custom-built stadium for ball sports in Kyoto. Since opening in January 2020, the stadium has become the home stadium of the J.League side Kyoto Sanga. A preseason match between Kyoto Sanga and Cerezo Osaka was played in February as the opening event of the stadium. International friendly matches of U-23 Japan National Team and Nadeshiko Japan (Japan Women’s National Team) were scheduled to take place at the stadium in March and July respectively, along with the JFA U-18 Women's Football Final 2020 in September, but the matches and tournament were cancelled due to the effects of the coronavirus.
The stadium is shaped in an octagon and the exterior is designed to protect the historical scenic beauty of Kyoto. The distinctively large roof covers the entire seats to protect the crowd from rain, while transparent materials are used in the south side of the roof to provide sunlight for the turf. Solar panels are placed on the other three sides of the roof, making it an environmentally friendly stadium. The stadium consists nearly 21,600 seats, and many seats are coloured in purple, a traditional colour of Kyoto and the team colour of Kyoto Sanga. The difference in height between the pitch and the stands is just 1.2 meter and some of the seats are only 7.5 meters from the pitch, providing an extraordinary live football experience for the crowd.
Kameoka station is the nearest train station to the stadium and the exciting experience starts once you get off the train, as it only takes a three-minute walk to the stadium. 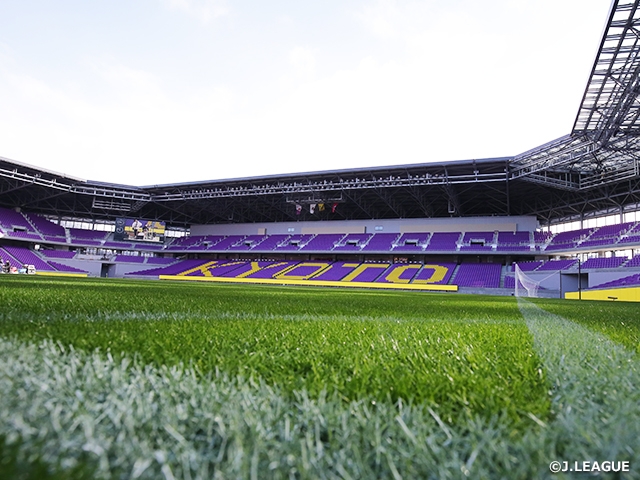