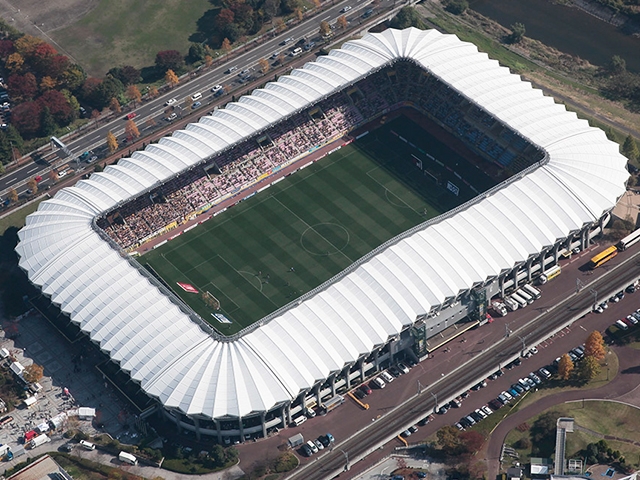 In our second article, we will introduce the city of Sendai and Sendai Stadium (Yurtec Stadium Sendai).

Also known as the "Mori no miyako" (City of Trees), Sendai is the largest and the only government ordinance designated city in the Tohoku region. The city is home to various professional sports teams, such as Vegalta Sendai (J.League), Tohoku Rakuten Golden Eagles (NPB), and Sendai 89ERS (B.League). In women’s football, Vegalta Sendai accepted the players of TEPCO Mareeze, a women’s football team originally based in Fukushima who had to suspend their activities following the Great East Japan earthquake in 2011, to establish Vegalta Sendai Ladies in 2012. In their first year joining the Nadeshiko League, the team won the title of the Challenge League, which is the second division of the Nadeshiko League, and have been playing in the Nadeshiko League’s top division since 2013. Also, the city consists high school powerhouses like Tokiwagi Gakuen High School and Seiwa Gakuen High School, who have won many national titles, and produced numerous players of the national team, including current captain of Nadeshiko Japan (Japan Women’s National Team) KUMAGAI Saki (graduate of Tokiwagi Gakuen High School).

Sendai Stadium was built as a ball sports specific stadium in June 1997. With nearly 20,000 seats placed under a roof, the stadium is capable of wrapping up the enthusiasm and passion of both the players and the crowd, creating a theatrical experience where everybody inside the stadium can share the excitement. When taking the subway, Izumichuo station, the stadium’s nearest station, is only 16 minutes away from Sendai station and only a four minute walk from the station to the stadium. 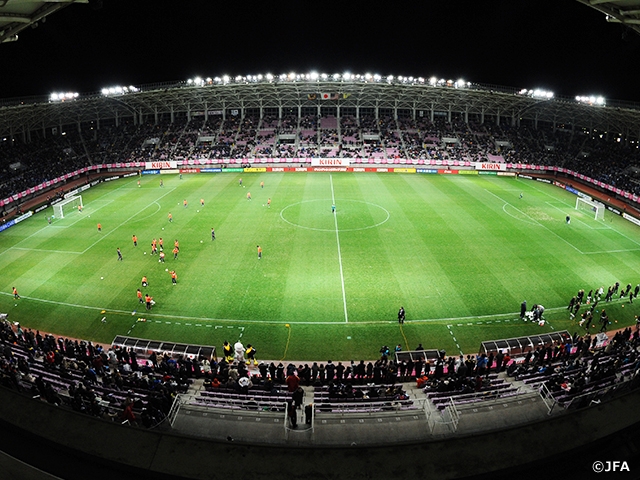 The stadium hosted its first match on 12 June 1992, where Turkey National Team faced Croatia National Team at the Kirin Cup, which was also the first ever international ‘A’ match played in Miyagi prefecture. The stadium has become the home stadium for Vegalta Sendai after the club joined the J.League in 1999, and the ladies’ team have also hosted their matches at the stadium as well.
Japan Women’s National Team have utilised Sendai Stadium in an international women’s football tournament held by Japan/Korea Republic/Australia in July 2003. The team also faced USA Women’s National Team at the KIRIN CHALLENGE CUP 2012 on 1 April 2012, which was a rematch from the FIFA Women’s World Cup final of the year before, attracting 15,159 fans and supporters for the match. 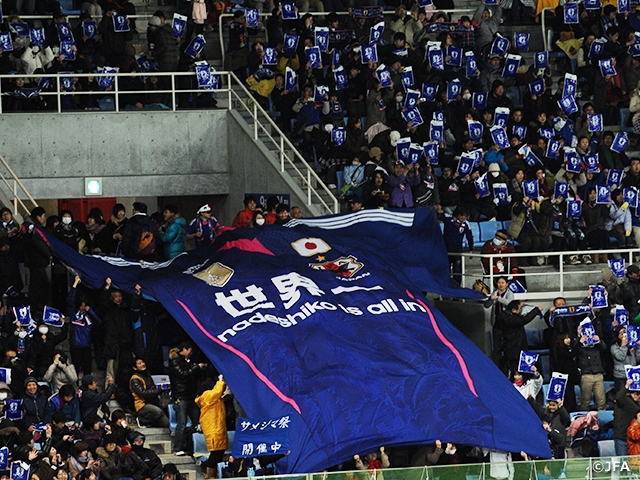 This year, a match against New Zealand Women’s National Team was scheduled in April, but the match was cancelled due to the effects of the novel coronavirus. Outside of women’s football, a match between U-22 Japan National Team and U-22 Costa Rica National Team was held in 2015, while the U-16 INTERNATIONAL DREAM CUP has been played at the stadium since 2017. For domestic tournaments, the stadium has hosted matches of the Empress's Cup JFA Japan Women's Football Championship since 2009, with the exception of 2011 when the region was affected by the Great East Japan earthquake.
During the 2002 FIFA World Cup Korea/Japan ™, Italy National Team utilised Sendai Stadium as their main training facility. The memories of the time are still being shared at the “Azzurri Plaza” and the “Azzurri Memorial.” 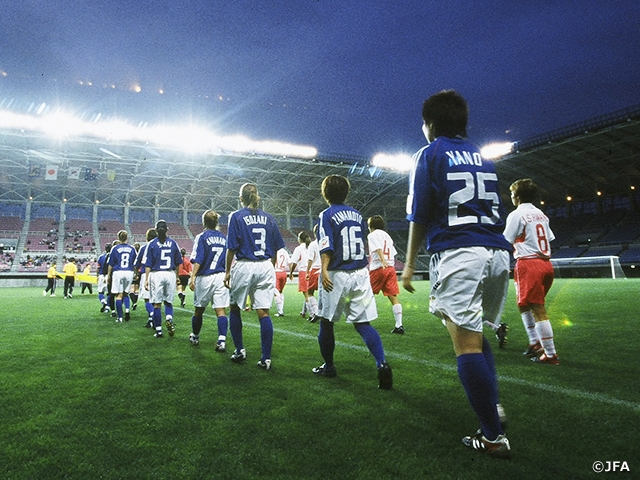