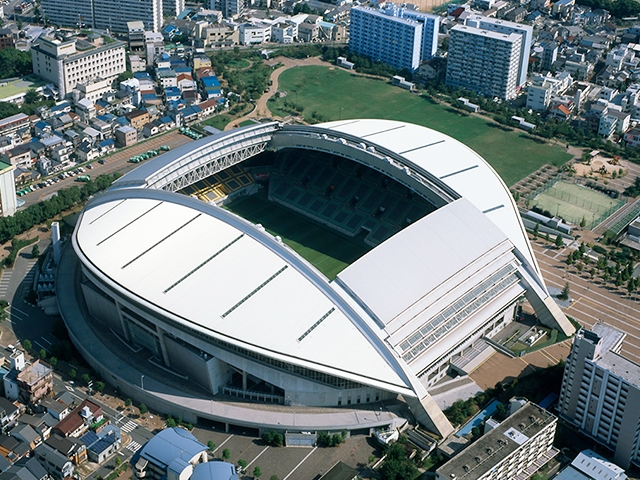 The host of the FIFA Women’s World Cup 2023™ will be determined by a vote held by the FIFA Council scheduled this June. After starting its full-fledged bidding activities in March 2019, the Japan Bid Committee has been actively expanding its activities with the support of local governments, the Japan Sports Agency and other ministries/agencies, and the football family. Here we will introduce the eight cities and stadiums proposed to FIFA.

To start with, we will introduce the city of Kobe, a city who shares deep cultural roots with women’s football and regarded as one of Japan’s most popular cities for women’s football. Misaki Park Stadium (Noevir Stadium Kobe) is the stadium proposed for the FIFA Women's World Cup 2023™.

In all of recorded history, Japan’s first women’s football team was founded in Kobe. Ever since the students of Fukuzumi Elementary School negotiated with school staffs to start their girls’ football team in 1966, Kobe has been known to be the leading city for women’s football in Japan. The All Japan High School Women's Football Championship, which started in 1992, was hosted in Kobe until 2001, while the All Japan University Women's Football Tournament was also hosted in this city from 1992 to 2007. Misaki Park Stadium has hosted the semi-finals and final for the high school championship from 2014 until this January. At the international stage, Kobe has hosted the FIFA U-20 Women's World Cup Japan 2012, as six matches were played at Kobe Universiade Memorial Stadium.
Kobe is also the home of INAC Kobe Leonessa, who is one of the top competitors at the Nadeshiko League, and through their success, Kobe has become a renowned city in women’s football. In 2012, “Kobe Ladys Football Center” was established as the training base for INAC Kobe Leonessa and women’s football. The football facility that prioritise female players is currently attracting over 50,000 users per year.
The local government has also shown tremendous support for the sport, as the city of Kobe has stated, “In order to make Kobe the mecca of women’s football, we will continue to transmit the appeal of women’s football.” The city has taken measures such as the usage of Furusato Nozei (Hometown Tax) system to solicit contributions for women’s football. 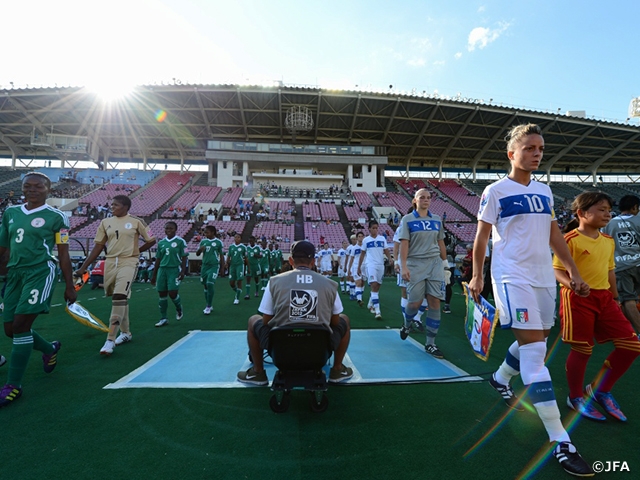 Misaki Park Stadium, formally known as Kobe Central Football Stadium, was built on the former site of Kobe Keirin (Bicycle Race) Track in 1970. It was the first stadium in Japan that was custom-built for ball sports with floodlights. In 1981, the stadium hosted the first ever international women’s football match (Japan Women’s National Team vs England Women’s National Team) played in Japan. Since then, the stadium continued to host many sporting events, including matches of the 2002 FIFA World Cup Korea/Japan ™. Following the 2002 World Cup, a retractable roof was built in to make it a more complete stadium.
Currently, INAC Kobe Leonessa and Vissel Kobe are using the stadium as their home stadium, while the SAMURAI BLUE (Japan National Team) has also played several international matches in the past. Most recently, the stadium hosted four matches of the Rugby World Cup 2019™, providing a platform to fascinate fans of other sports besides football.
Once entering the stadium, you will notice the close view of the pitch, which is a distinguished character of a ball sports specific stadium. Some of the seats are only six meters from the pitch, which makes this stadium the perfect stage for an extraordinary live experience. Misaki Park Stadium also includes a sports gym that is accessible for the general public and an official club shop of the J.League side Vissel Kobe, supporting the daily lives of people of Kobe. 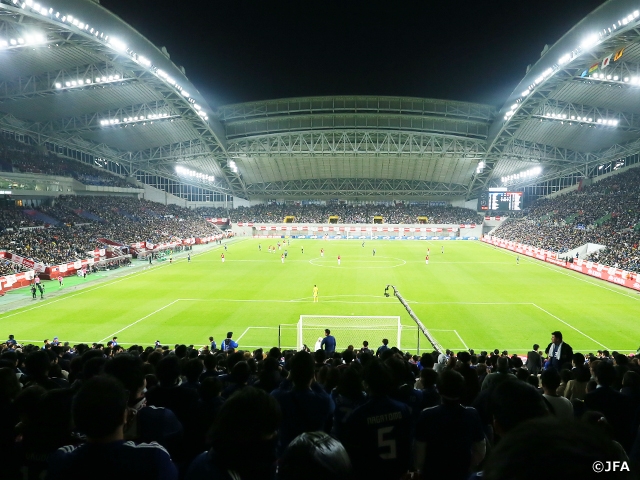