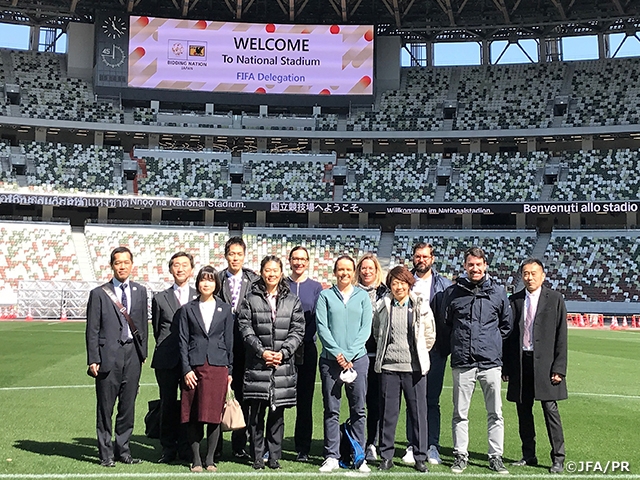 As part of the bidding process for the FIFA Women's World Cup 2023™, FIFA started the inspection visit in Japan from Monday, 24 February.

The FIFA delegation started its inspection visits to bidding member associations since early February. After visiting Brazil, Colombia, Australia/New Zealand (joint bid), the delegation arrived in Japan on Sunday 23, where they will spend the next four days, until Thursday 27, visiting stadiums and training venues proposed in the bid book submitted by Japan.

On Monday 24, five members of the delegation were welcomed to the JFA House, where a presentation was held to demonstrate Japan’s strengths as the host nation and strong commitment towards the FIFA Women's World Cup. During the presentation, TASHIMA Kohzo, President of JFA and Chairman of Japan Bid Committee, shared his aspiration, “Japan has been striving to host the Women's World Cup since 2007. We have the capacity and experience to host mega sporting events and consists plenty of passion towards women’s football. In order to raise the FIFA Women's World Cup to a new and higher level, and to promote further success of female athletes, we sincerely hope to host this tournament.” 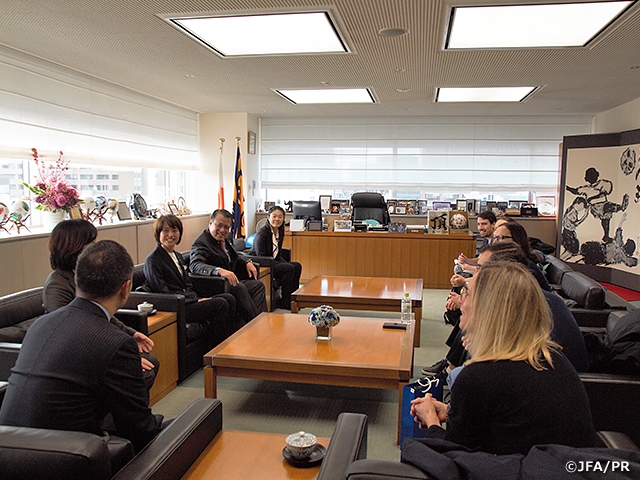 Also at the presentation, head coach TAKAKURA Asako of Nadeshiko Japan (Japan Women’s National Team), and SAWA Homare, former player and captain of Nadeshiko Japan who led the team to win the FIFA Women's World Cup in 2011 and named as the tournament MVP and Golden Boot winner, took the podium to support the Japanese bid. 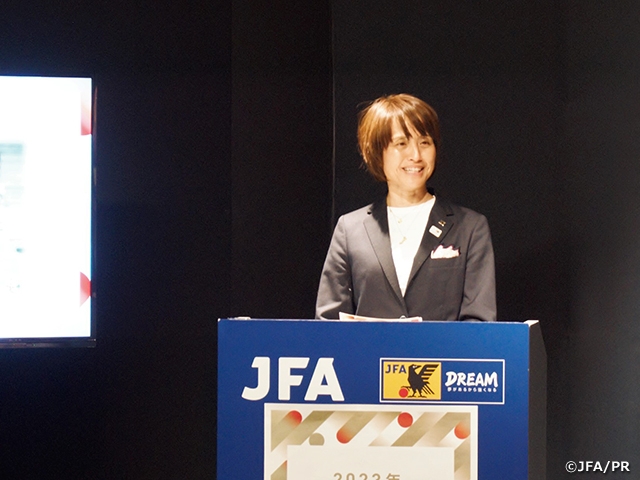 Following its visit to the JFA House, the delegation inspected the National Stadium, which is the proposed match venue for the opening match, and training sites listed in the bid book. MIYAMA Aya, former player of Nadeshiko Japan, made a guest appearance while the delegation members visited the Japan National Stadium.

The FIFA delegation will spend the next four days until Thursday 27 to travel around Saitama, Osaka, and Kyoto to visit match venues and facilities listed in the bid book.

The FIFA Council Meeting is set to select the host of the FIFA Women's World Cup 2023™ in June 2020. 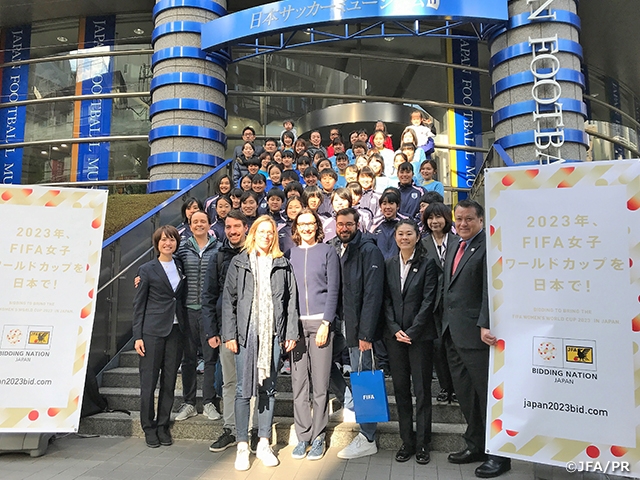