The match took place at Sapporo, one of the hosting municipality candidates for the FIFA Women’s World Cup 2023, as Sapporo Dome is listed as one of the potential venues for the tournament. 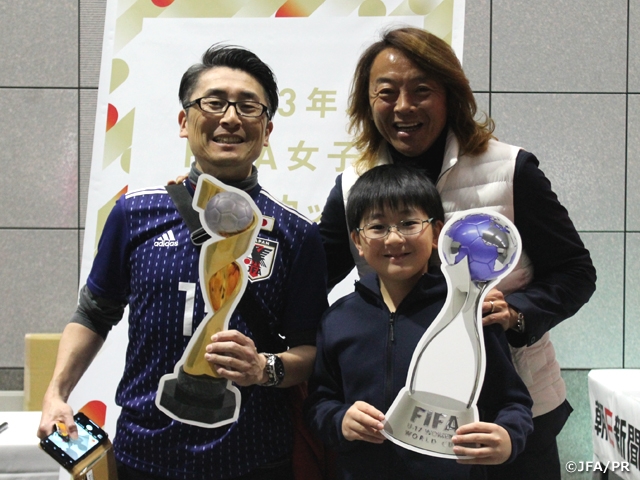 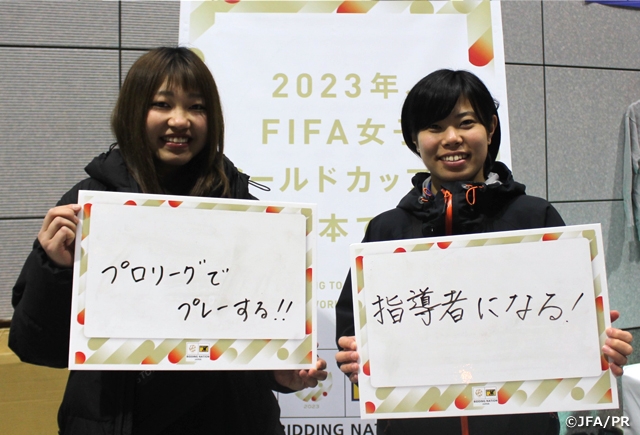 In order to achieve our dreams of 2023 together, the football family will continue to pursue variety of promotional activities. For future events, please visit: https://japan2023bid.com/en/event/

Comments from visitors at the booth

Mr. SATO Shinya
I have been a fan of Nadeshiko Japan even before they won the World Cup in 2011. I really hope that we can bring the World Cup to Japan and see them win the title again. I am also hoping to see a professional women’s football team coming out of Hokkaido.

Ms. NEMOTO Honoka/Ms. ONUMA Suzuho
We are looking forward to hosting the World Cup here in Japan. We hope the Women’s World Cup will help increase the number of women’s football players!