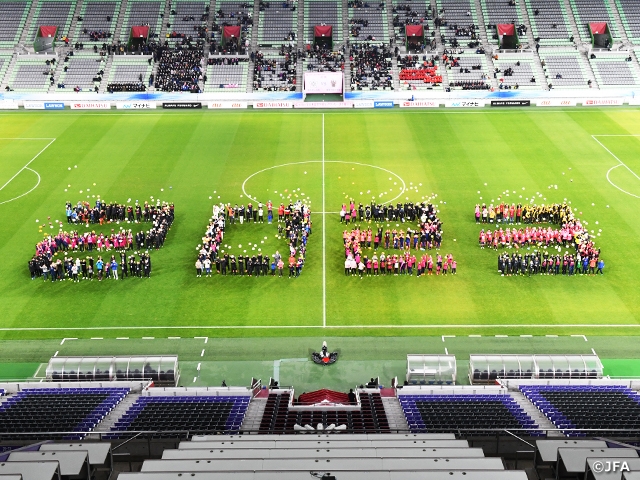 On Sunday 12 January, a promotional event was held at Noevir Stadium Kobe to support the Japanese Bid to host the FIFA Women’s World Cup 2023 during the 28th All Japan High School Women's Football Championship Final.

After hosting matches during the 2002 FIFA World Cup, Noevir Stadium Kobe is listed as one of the potential venues in the submitted bid book for the FIFA Women’s World Cup 2023.

Ahead of the match, a special event, “Let’s reach the world! Juggling challenge! - Time To Fly2023” took place, where a total of 476 participants gathered on the pitch. With football teams, family members, and friends of different genders and ages joining the event, the participants tried to break the world record by juggling the ball for 10 consecutive seconds. Despite falling short from breaking the record, the participants got together to take a picture as they formed the numbers “2023” on the pitch. 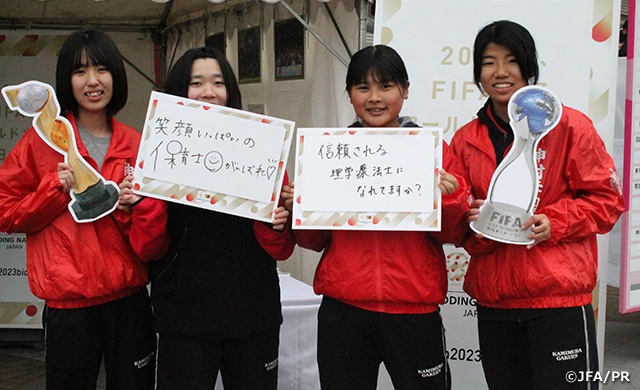 At the booth setup at the stadium, we asked the visitors to leave a message with the theme, "My Dream of 2023." With variety of visitors stopping by to leave a message, many junior high school students wrote their dreams: “I hope to excel at the All Japan High School Women's Football Championship in 2023!” “I want to see the Nadeshiko Japan reclaim the world title.” “To see the Nadeshiko Japan win the Women’s World Cup title in Japan! 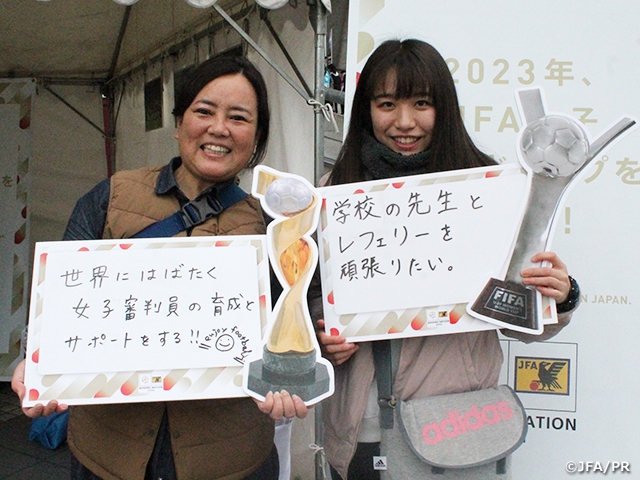 Comments from visitors of the booth

Mr. NAKAYAMA Akinori
I am looking forward to seeing the Women’s World Cup take place at Misaki Park Stadium in 2023 and see the Nadeshiko Japan win the world title. Ahead of 2023, I hope to see the Japan National Team showcase a spectacular performance at this year’s Olympic Games to energise the Japanese football community.

Ms. AKAGI Hiroko
I really hope to see the Women’s World Cup take place in Japan. I am looking forward to seeing many female referees from Japan thrive at the World Cup and become icons for the young generations to dream of becoming a referee one day.

Mr. KOGA Kosuke
I am rooting for the Japanese Bid to go through, because I would like to see a Women’s World Cup match take place here in Misaki Park Stadium. I am planning on watching the semi-final match for this year’s Olympic Games, so I hope the Nadeshiko Japan will make a deep run at the tournament.