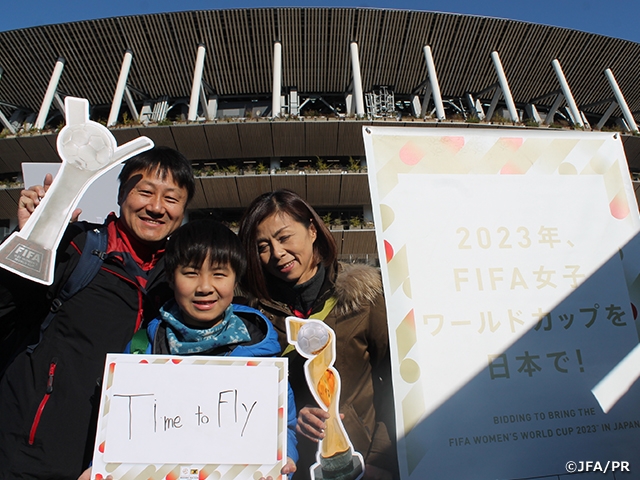 On Wednesday 1 January, a promotional event was held at the National Stadium to support the Japanese Bid to host the FIFA Women’s World Cup 2023 during the Emperor's Cup JFA 99th Japan Football Championship Final.

A special booth to support the Japanese Bid to host the FIFA Women’s World Cup 2023 was setup outside the newly built stadium, where exhibits from the Japan Football Museum were on display to promote the cause. Visitors stopped by to take photos of the World Cup trophies won by the Nadeshiko Japan, U-20 and U-17 Japan Women’s National Team, as the actual trophies were on display.
The National Stadium is listed as one of the stadiums in the submitted bid book for the FIFA Women’s World Cup 2023. Many fans and supporters who visited the booth shared their hopes towards the bid to bring the Women’s World Cup to Japan in 2023. 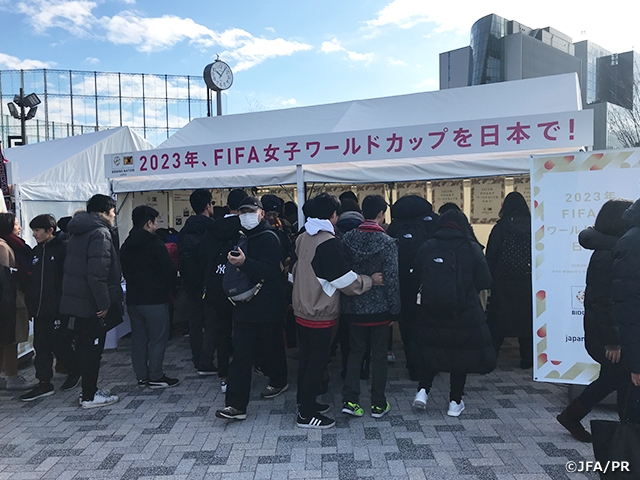 At the booth, we asked the visitors to leave a message with the theme, "My Dream of 2023," and we saw a wide variety of messages: “I hope to volunteer for the Women’s World Cup.” “Witness the Nadeshiko Japan win the World Cup title at the National Stadium!” “Win the Ladies National Championship.”