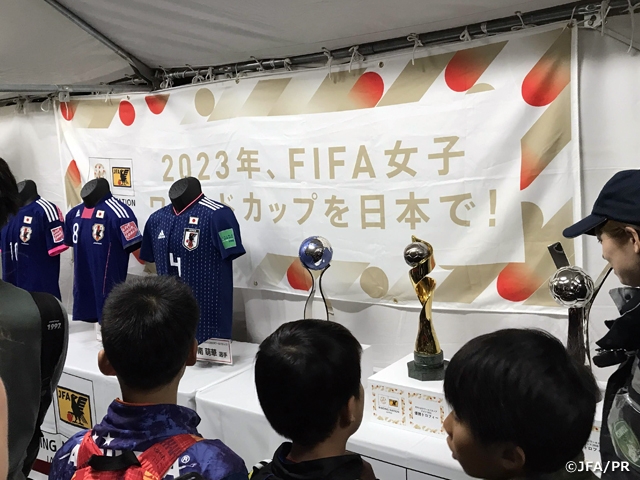 On Tuesday 19 November, a promotional event was held at Panasonic Stadium Suita to support the Japanese Bid to host the FIFA Women’s World Cup 2023 during the match between the SAMURAI BLUE (Japan National Team) and the Venezuela National Team at the KIRIN CHALLENGE CUP 2019.

A special booth to support the Japanese Bid to host the FIFA Women’s World Cup 2023 was setup outside the stadium, where exhibits from the Japan Football Museum were on display to promote the cause. Visitors stopped by to take photos of the World Cup trophies won by the Nadeshiko Japan, U-20 and U-17 Japan Women’s National Team, as the actual trophies were on display. 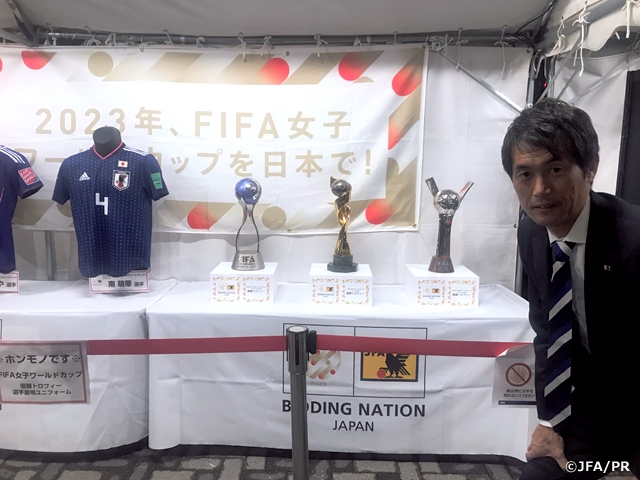 At the booth, we asked the visitors to leave a message with the theme, "My Dream of 2023," as a total of 417 people, which was the most we have seen in the three promotional events held thus far, shared their dreams for 2023. We saw messages from a wide variety of generations, from a primary school student writing, “I will become a member of the Nadeshiko Japan!” to a parent writing “I will support my son to be selected into the Japan National Team!” and a grandparent writing “I want to play football with my grandson,” each sharing their dreams to support the Japanese bid. 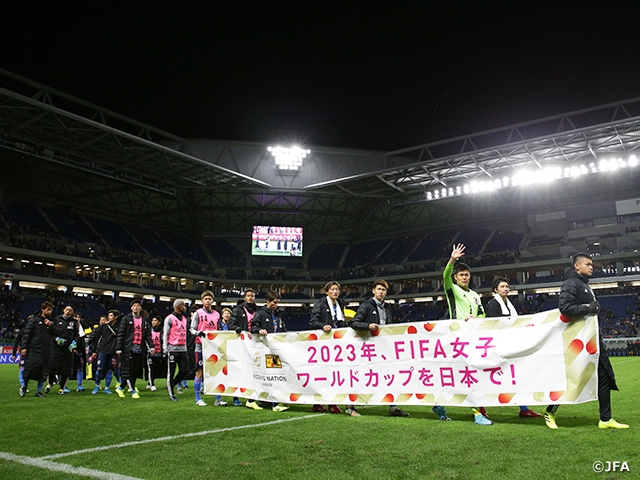 Despite losing the match 1-4 against the South American powerhouse, the SAMURAI BLUE circled the pitch while holding a banner to promote the Japanese Bid to host the FIFA Women’s World Cup 2023 towards the sold-out crowd at Panasonic Stadium Suita following the match.

In order to achieve these dreams of 2023 together, the football family will continue to pursue variety of promotional activities. For future events, please visit: https://japan2023bid.com/en/event/