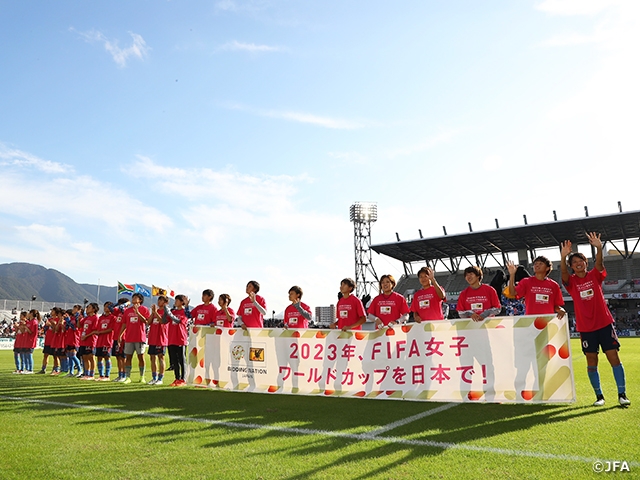 On Sunday 10 November, a promotional event was held at Kitakyushu Stadium to support the Japanese Bid to host the FIFA Women’s World Cup 2023 during the match between the Nadeshiko Japan (Japan Women’s National Team) and the South Africa Women’s National Team at the MS&AD Cup 2019.

A special booth to support the Japanese Bid to host the FIFA Women’s World Cup 2023 was setup at the stadium, where exhibits from the Japan Football Museum were on display to promote the cause. Visitors stopped by to take photos of the World Cup trophies won by the Nadeshiko Japan, U-20 and U-17 Japan Women’s National Team, as the actual trophies were on display. 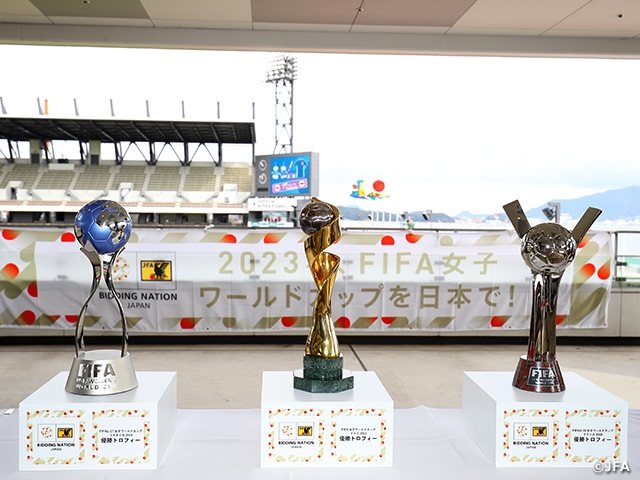 At the booth, we asked the visitors to leave a message with the theme, "My Dream of 2023," as a total of 250 people shared their dreams for 2023. Visitors asked themselves "In four years, what grade will I be in?" and "Will I be working by then?" while they wrote down their messages. Also, on this day, IWASHIMIZU Azusa, who has won the FIFA Women’s World Cup Germany 2011 as a member of the Nadeshiko Japan, made a surprise visit to the booth. With hopes to bring the excitement of 2011 to Japan, Iwashimizu interacted with the visitors and took pictures with them in front of the trophies. 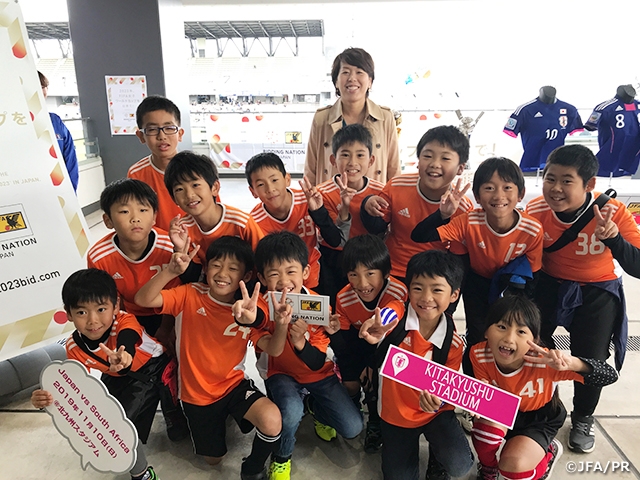 In a match where the team’s new jersey was introduced, the Nadeshiko Japan won the match against the South Africa Women’s National Team 2-0.
Following the match, the team circled the pitch while holding a banner to promote the Japanese Bid to host the FIFA Women’s World Cup 2023 towards the crowd of 8,453 attending the match.

In order to achieve these dreams of 2023 together, the football family will continue to pursue variety of promotional activities. For future events, please visit: https://japan2023bid.com/en/event/